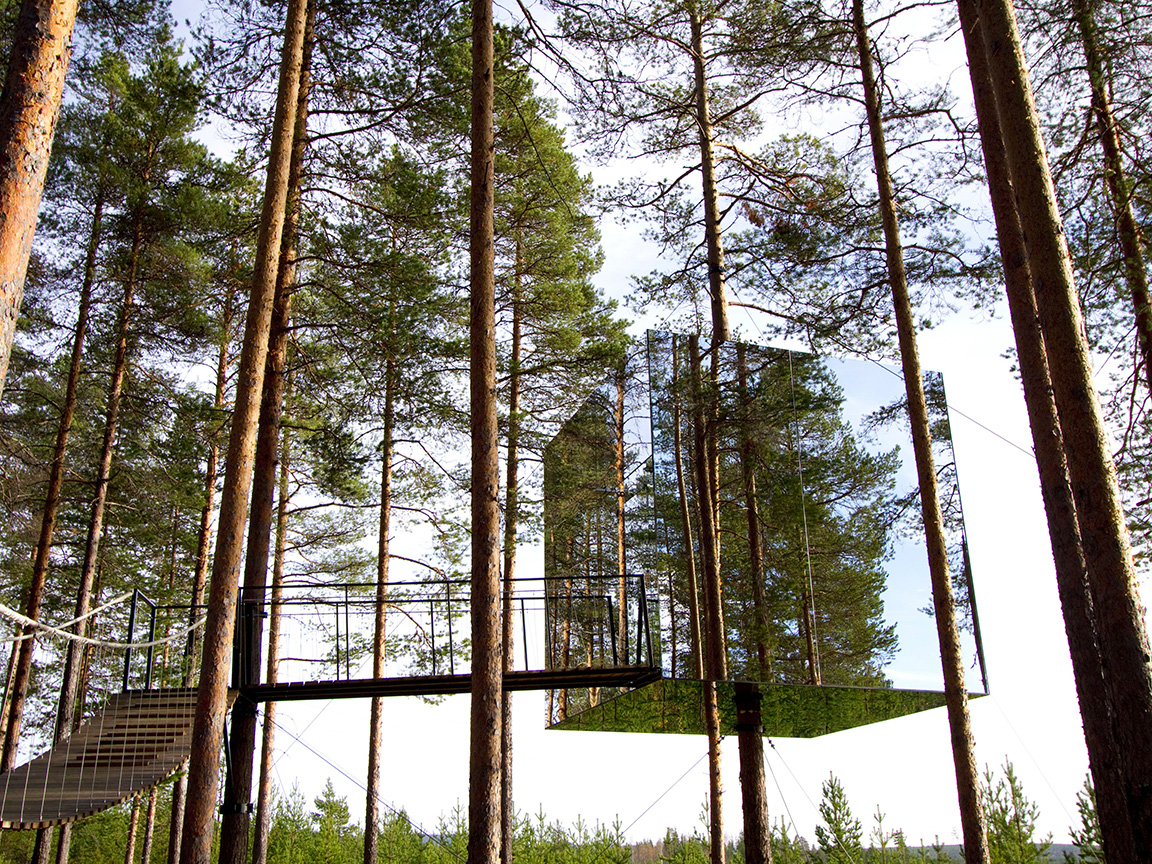 You might think that Sweden is a small country and won’t offer something unusual with regards to accommodations. Well, you’ll be amazed to know that the country has some awe-inspiring places that offer truly memorable stays. You’ll come to know about this when you begin traveling around in the country. There are some quirky hotels that will leave you stunned!

However, you must know that they are certainly not the low-cost options. You’ll be able to book an accommodation in them only if you’re ready for the splurge. So, here we present the most extraordinary hotels in this charming European country:

On the shores of Lake Malaren is this fascinating 100-year-old hotel. It was earlier an 18-story steam plant, which later got converted into this unbelievably stylish hotel. You’ll get the vibes of pure luxury when you step inside this hotel and find a unique decor.

Steam Hotel’s rooms provide wonderful views of the lake. In fact, it has an outdoor rooftop pool that overlooks the lake. You’ll be in for some pampering in its upmarket spa. Giant wooden beams, exposed pipes, and brickwork are all a part of this hotel. Of course, you’ll need a big budget to stay in it.

At a distance of 90 kilometers northwest of the city of Lulea is this incredible hotel. It is located in Harads, which is a remote northern village. The Treehotel has seven rooms near the Lule River, suspended among pine trees.

All these rooms have been given pretty strange names. Dragonfly, UFO, Bird’s Nest, Cabin, Blue Cone, and Mirrorcube are the names of the hotel’s six rooms. The last one is the most luxurious. It is called the Seventh Room and has been built around a tree.

All of these rooms have their own unique personalities. You have to be someone wealthy in order to stay in any of these rooms, particularly the Seventh Room. For those who can’t afford the stays, a guided tour of the Treehotel is available for an affordable fee.

When you’re exploring the capital city of Sweden, you might get a glimpse of a large, white sailboat. You’ll be astonished to know that it is the most iconic of all floating hotels in Stockholm. The name of this magnificent hotel is Af Chapman.

It had sailed the seven seas between the late 19th and early 20th centuries. Later, it was used to provide accommodation to members of the Swedish navy. Today, it boasts of 77 rooms, which offer comfortable stays with a historic feel. The hotel also provides mesmerizing views of Gamla Stan and offers convenient access to central Stockholm.

To get a good night’s sleep in a Boeing 747 is a rare happening. Now, you can live this experience by booking your accommodation in Jumbo Stay. A Boeing 747 was converted into this hotel and opened to guests in 2009.

As expected, the hotel became an instant hit upon its opening. A double room has been housed on the flight deck. It has also been provided with an en-suite bathroom. The hotel also offers a wing-top observation deck for those who wish to enjoy some jaw-dropping views.